Odessa region was represented at the Baltic Business Forum in Poland 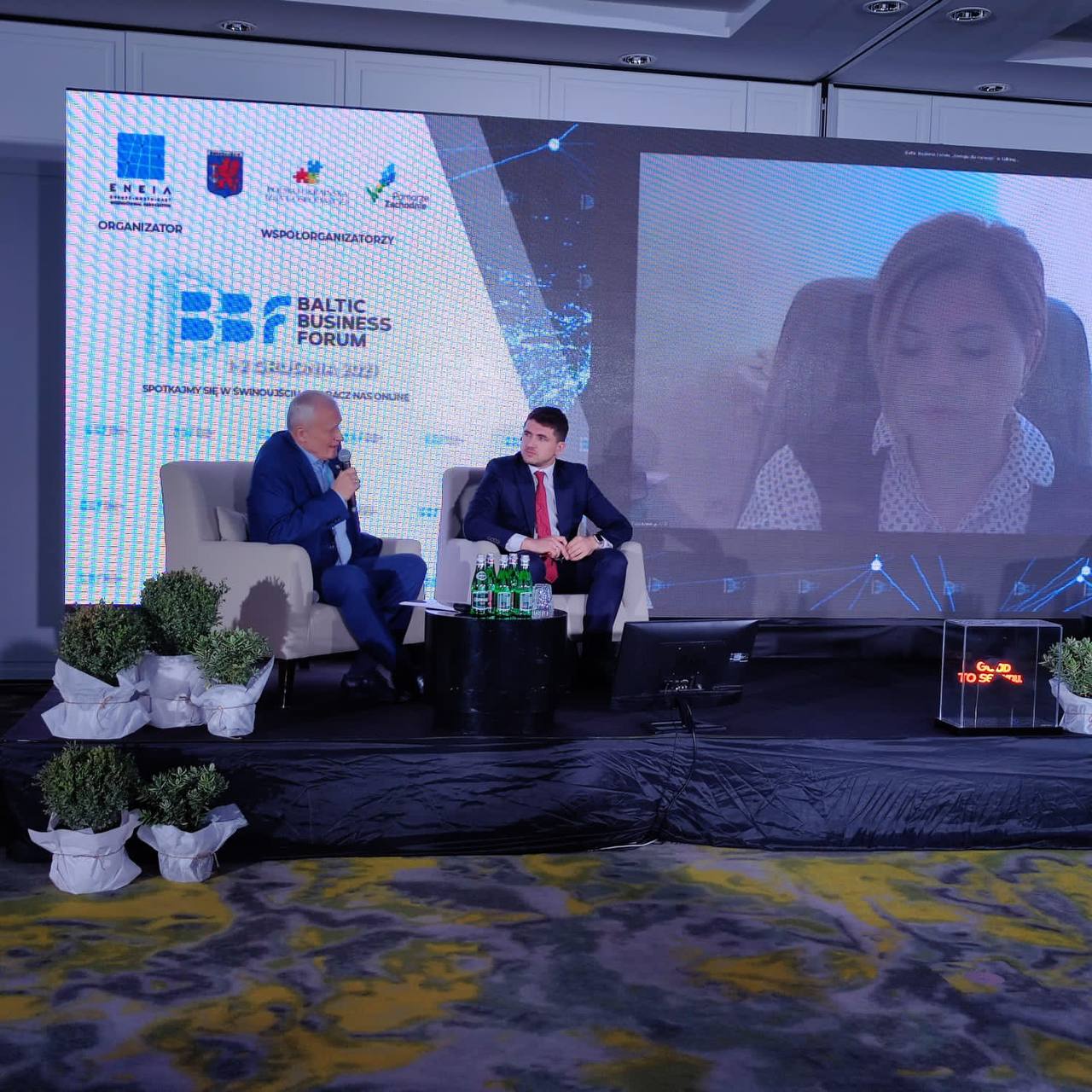 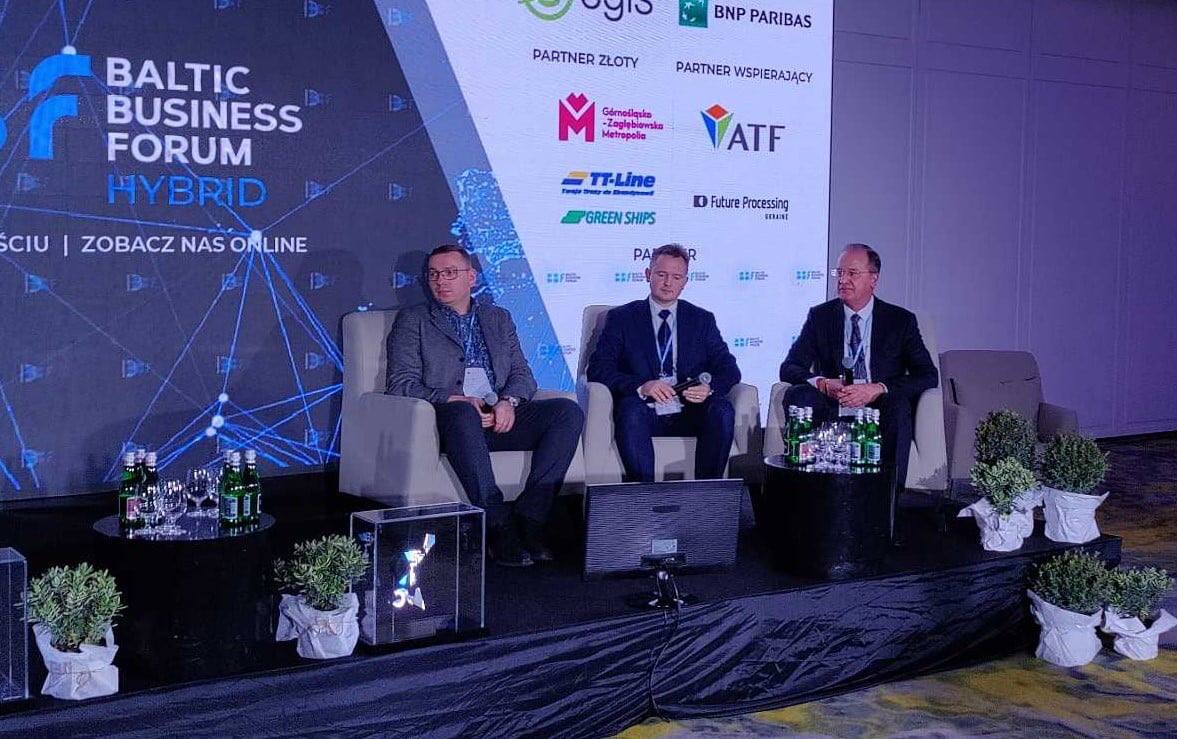 The forum is organized by the local self-government of the West Pomeranian Voivodeship. The BBF is a meeting place for business and policy makers from Western, Central and Eastern Europe and Asia. The main goal is to promote the Eastern Partnership of the European Union, increase the investment attractiveness of regions in the field of BBF gap, stimulate and develop regional cooperation, exchange relevant information on economic, legal and administrative issues, and support entrepreneurs.

This year's Forum aims to assess the economic situation in the macro-region of Central and Eastern Europe during the COVID-19 pandemic and present the prospects for economic development in the coming years, with particular emphasis on the challenges facing the transport and tourism sectors.

Oleg Radkovsky noted that our region is a leader in the level of development of the maritime complex and industries related to the use of marine resources. Sea and river transportation in the Odessa region is a significant part of Ukraine's transport system. Odessa region has 7 sea trade ports out of 13 in Ukraine and 32 km of total berth line of ports.

“Three ports of our region - Odessa, Yuzhny and Chernomorsk provide 68.5% of the total cargo handling in Ukraine; 70% of the all-Ukrainian grain cargo handling capacity, and 12 terminals, which are in the TOP-20 sea grain terminals of Ukraine, export 73% of the cargo of domestic enterprises. Odesa region has a huge trade potential and is open for investments that will accelerate the development of the economy and trade not only in Ukraine but also in the European Union, "said Oleg Radkovsky.

During one of the panel discussions at the Baltic Business Forum (BBF), participants talked a lot about the challenges facing our regions due to the COVID-19 pandemic - namely in the tourism sector. According to Roman Hryhoryshyn, the period of quarantine restrictions for the Odessa region allowed for better development of domestic tourism. The Director of the Department also spoke about the Ukrainian application for the right to host the Expo 2030 World Exhibition in Odessa.

"The pandemic gave us a chance to prepare homework. Namely - to find a global vision for Odessa, to try to revive its reputation as a big city on the world map. And at the same time to declare the whole of Ukraine. At the forum, I spoke about our participation in the competition for the right to host the World Expo 2030 in Odessa.

We were on the sidelines of holding such global events as Eurovision, Euro 2012, Eurobasket… all major events that give a certain economic boost to the region bypassed Odessa. But not this time. We are fighting for Odessa EXPO 2030, "Roman Hryhoryshyn said.

Relevant directives are being prepared, an organizing committee is being set up, and Ukraine will appeal to its international friends not only to support Odesa in the vote in 2023, but also to act as ambassadors to the region for the next two years.

At the end of the visit to friendly Poland, the Odessa delegation had a business breakfast with the Marshal of the West Pomeranian Voivodeship Mr. Olgerd Geblewicz (about 11 years in charge of the region), and had the opportunity to get acquainted with the resort town of Szczecin.

The most interesting result of the trip was the agreement with local authorities of the West Pomeranian Voivodeship to hold a Ukrainian-Polish business forum in May in Odessa, where business representatives from Poland will come and get acquainted with investment potential and specific proposals of the Odessa region. 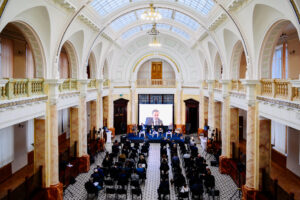 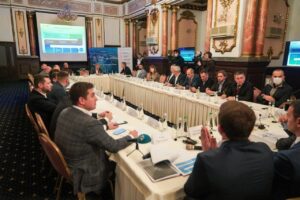 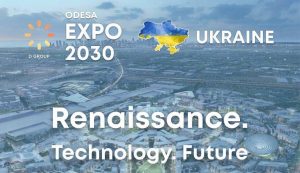 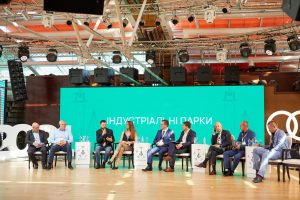